A little task was set in the relative shelter of the st Andre flying bowl.  The idea was to protect us from the fresh north west wind.  The entire field managed to launch at least an hour before the race started as the wind at launch intensified.  It is not often the case in world cup task setting that you are challenged to think for yourself.  Today was different and there were three schools of thought: west, middle, and east.

I chose the westerly route along with a handful of die-hard comrades as it offered a ridge-run but with a distance penalty.  This route necessitated flying out of the relative shelter of the st Andre bowl with the application of copious doses of the speed bar not just once, but three and a half times: 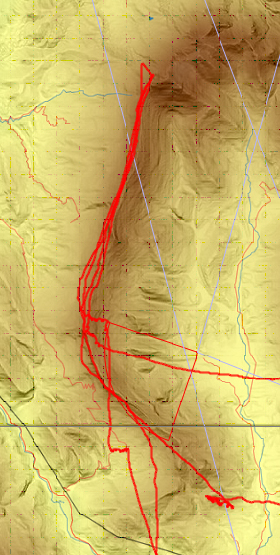 Our group started with about twenty on the first run and ended with four.  The reason is best explained by my heart monitor: 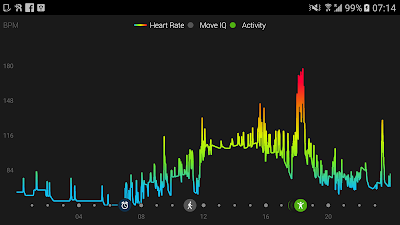 We were rewarded with a winning margin of about five minutes after slightly more than two hours for eighty kilometers.

It is not often that I am given the chance to race a ridge, so this task was a gift tailored to my narrow skill-set serving up the win by a second from Michel Guillemot and Uli Prinz.  Many thanks to the task committee!