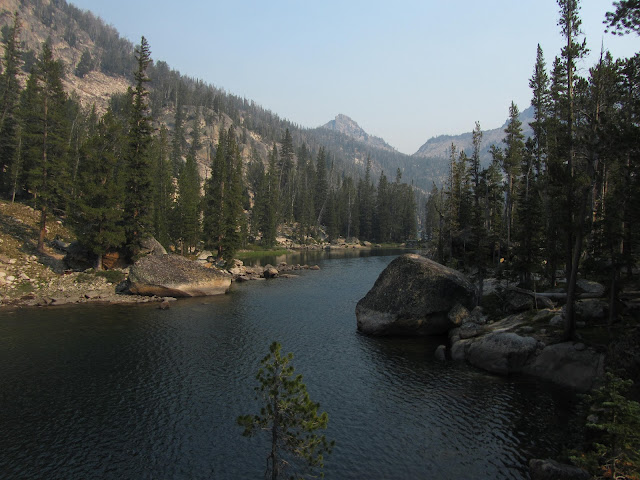 
I apologise for the lack of information over the last week.  It has been a rough ride travelling aside.
I will publish video footage of the last day when I get around to it.


The last days of flying were intense to say the least!


Let's wind back a little to catch up. Day five saw us go to launch with the forecast predicting fairly firm winds from the north. For those of you not familiar with the launch direction, north wind would be over the back.


This forecast was fairly accurate in the sense that by the time we were ready to launch and a few minutes before the opening of the window the wind was very clearly over the back. This confirmed the warning that we were given at the briefing that launching in the lee of Bald Mountain can be tricky at best with dust devils steaming through.  There were as many dodgy launches as I have seen in the last couple years of World Cup.


I had one of those sublime launches where I got the gust right and was barely air-borne and got hoisted in a rapid ride to the top @ 4,500m ASL without incident.  That we were in the lee was undeniable with the final confirmation for me was wrestling my glider through the turbulent layer before we got above the terrain where it became sublime. Others were less fortunate with a couple of near misses compelling Mike to close the window and cancel the task as previously mentioned. Footage of some of the near miss experiences available here.


Despite the fact that we had had relatively good flying up until this point flying every day had only yielded one valid task.


With an unfavourable forecast for the final day and in an act of desperation we all willingly drove the 90 miles to King Mountain in the hope that we would have a late task. 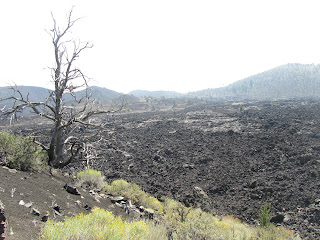 The driving itself was very interesting through the Craters of the Moon with the Fields of dark chocolate lava chunks providing a couple of tourist moments where we all stopped to survey the terrain in the howling gale that appeared to be coming out of the south east. This wind was 180° opposite to the wind experienced by those who took the shortcut through the pass.


The King Mt launch area is in many ways superior to the Bald Mountain launch simply because it can take close to 50 gliders. It was unclear at the time of the task setting what exactly the wind was up to. 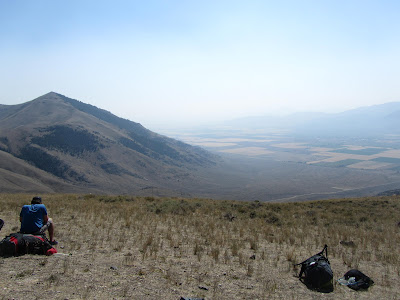 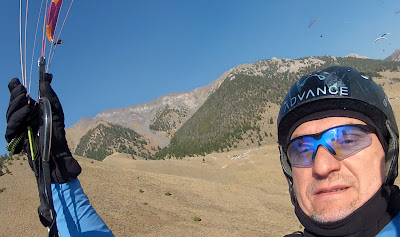 With our instruments primed with the optimistic task we sat around and waited for the wind to settle or abate.


In the 15 min or so leading up to and after the window opened the wind swung through 90° placing the launch in the lee which for the third time in this competition resulted in a cancelled task after numerous incidents. I experienced this first hand taking an asymmetric collapse while fiddling with my go pro which resulted in an easy dive and smooth exit after a mild 360° turn requiring minimal input.

It was a delightful experience to be flying on the mountain that had provided such relief and joy on the first day hoisting everyone up into orbit over the cliffs.


The visibility was much improved providing the opportunity to survey the stark majesty of the King Mt and the surrounding farmland in the Valley.


A couple of pilots ignored the cancelled task notice electing to fly the course. Ordinarily I would have been critical of such apparently selfish behaviour but, if truth be told, I was envious as the task was totally doable and the launch had simply let us down yet again. By all reports those two guys had a magnificent flight albeit a little slow.

Few people expected to fly on the last day so many were probably nursing free-beer-at-lefties hangovers going up to launch.  The task was quickly set applying lessons learnt early in the week and the window opened in short measure with the start following within the hour.


It was immediately apparent that the massively thick and murky inversion would not be breaking in time to facilitate the task. The start was one of those mincing stop-start-wondering-around confused messes that we occasionally see when the conditions don't quite fit the task planning.  To make matters worse the wind was making its mark on the field right from the start.  Just getting across the first ridge was in itself an achievement.  I found myself on full bar pushing toward the lee side of the ridge sinking @ -3m/s with the full expectation of being flushed before the day had properly begun. If ever there was an opportunity to make an argument for open class gliders then this last day would be my showpiece. It was not a day to be scratching low given the punchy thermals and the violent little gusts that occupied every little invisible corner like a cockroach infestation.


Two groups eventually managed to fight their way out of a dead-end gorge taking care to avoid the airspace and the inevitable walkout in the very likely event that one would land if you lost focus.


You would have been forgiven for thinking that the lead gaggle and the chase gaggle were ignoring the course line entirely because almost everyone abandoned the course in favour of the terrain anticipating climbs at the crest of every ridge.


The first group more or less disintegrated with the second group coming in above them with all those pilots then working together to get up for the crossing into the Abyss.


No sooner had we clawed our way back up to the top before we went on a blind death glide in an attempt to complete the crossing vaguely in the correct direction.  Another desperate scratch demonstration saw twenty or thirty of us claw our way up to the hard ceiling before diving into the haze again.  This next crossing was different in the sense that we were now getting ground speeds in excess of 70km/h and we were going to have to climb pretty well to clear the terrain that hosted B52 which was the final TP.


I’m not sure if we were unlucky at that point in so far as experiencing a prolonged lull, but I was absolutely not comfortable to continue along the course line over the big mountain low and elected to fly completely off-course onto the foothills into the prevailing wind.  I was not convinced it was safe so I did two full circles of the bowl in order to make a decision based on the ease with which I could penetrate into the flats.  It is not often you see a world cup gaggle wait it out on a ridge to check the safety.  We wasted close on an hour before getting a climb of sufficient magnitude to get safely over the mountain with Marina. Personally I would have preferred to be on my R11 but that's another matter.  I suspect this was the area where Guy went down.
It was shortly after crossing the summit of the mountain and turn point that I bumbled into the only sustained 10+m/s thermal that I have ever seen in my flying career.  To say I was in control of that bucking beast would be a little light on the truth, but I held on thrilled and terrified at the same time knowing that the higher I got the better things were going to turn out.  Marina followed closely without any apparent problem and we sprinted over the back into the relative safety of the flat lands on our way to goal.  At some point the task got stopped and then the epic fat bastard Guy saga started.


The prize-giving ceremony was a late and subdued affair with Mark, Andre and Nariyama making up the men’s podium and Regula, Marina and Yayoi completing the women.


I don’t how many of you keep a bucket list for paragliding, but mine just got shorter:  I get to tick off: a Sun Valley world cup; a 100 mile task; and a podium finish.  Guy tried his very best to upset the experience but thankfully he failed mostly!  There are probably easier ways to get a ride in a Black Hawk, but that must have been a rush! 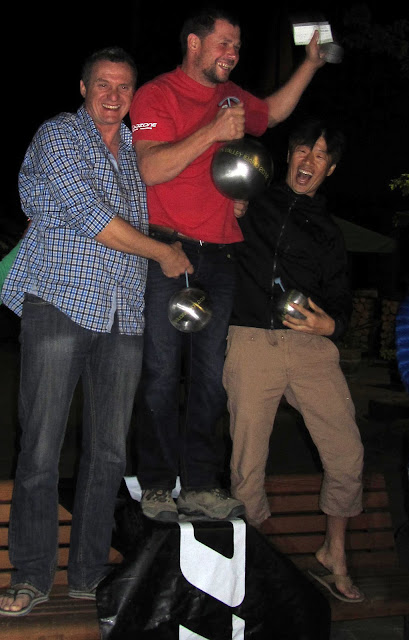 
A previous post described my latest flight deck.  This is what I used in Sun Valley (along with my IP6, Advance Impress III and Mayday reserve):


-       Mini-Gorilla (for powering the radio and any other USB device)


It turns out that LK8000 (evolutionary brother of XCSoar) with richer comp functionality has not been released for android.  This is not relevant for my use-case as I have adopted the Samsung tab as a visual navigational aid in support of the Brauneger as the primary task tool.  The reason is simply that a software based device should never be trusted as a primary scoring device on account of the ‘loose coupling’ (to borrow a service oriented architecture term).  In other words, in the same way that you should never user your iPhone with a wireless interface to the braking system of your motor vehicle (however cool that might sound in theory) to perform an emergency braking manoeuvre, you should not risk software failure when collecting turn points and logging flight data during a paragliding task.  To this end the new Flytechs and C-Maps, (which are tightly coupled purpose-made hardware devices) are better suited albeit overpriced, fragile and temperamental at best judging by the complaints I have overheard at the last couple of comps.  XCSoar offers most of what is currently considered useful for task planning and execution and the Samsung Galaxy Tab II 7.0 is tough, affordable, sexy and super cool with hi-definition video and audio.
Posted by AndreR at 04:33:00 No comments: