I wrote da Vinci day as the heading for task 1 on the Gin blog.  This is probably because we visited the da Vinci museum in Venice and it rhymes with 'day'.

It is also true that the whole experience was a thing of science, beauty, and invention.  For those who are used to the Alps it might be that they are a little blase about the playground.  For the rest of us it is a rare privilege to be present when the stars align and the heavens clear paving the way to a glorious flying adventure in an incredibly beautiful environment.

There is always the risk of rain in the Alps which is why I have largely stopped traveling to competitions in alpine environments.  The hit rate is too low when time is limited.  That is not to say that the yearning for towering snow-clad mountains diminishes in any way.  This is why it was enormous relief that we would fly at least one glorious task. 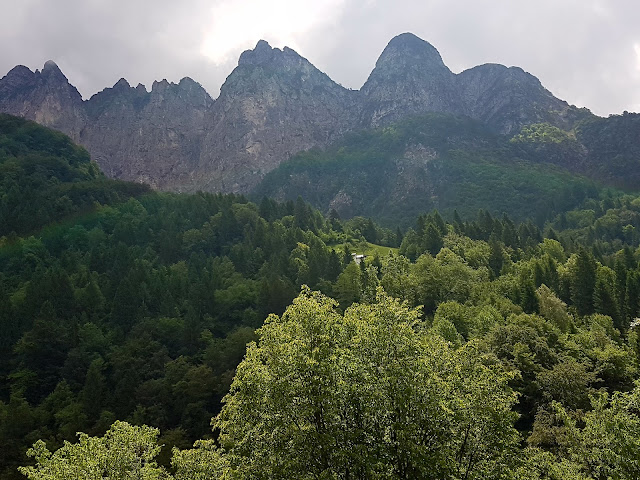 The task committee got it totally right with a healthy mixture of flat-out ridge-racing, a tricky valley crossing and a slower period of joining-the-dots in the flat lands.  The start was almost comical with ninety percent of the field rushing back to the launch ridge several kilometers off-course before jumping onto the back ridge to fetch the second turn-point.

The ridge I am referring to runs eastward all the way to Kobarid and Tolmin allong the Socha valley in Slovenia.  This region probably bears the weight of more out and return world record attempts than most ridges anywhere else if I were to guess.
The current out and return world record of 284km from Sorica (Slovenia) to Longarone (Italy) and back was set in the area in 2012 by the Italian, Arduino Persello.  Gemona del Friuli is roughly halfway.  Nicole Fedele holds the female O&R world record in the same region from Sorica.

Having flown a piece of the ridge that was most likely used for those records, I can understand that such mammoths flights are possible: we were all going more or less flat out on that part during the race on Tuesday climbing all the way in both directions for around 30km or more.

The task was almost 90km long and involved crossing the river twice: once from the mountain and a second time in the flats.  Yuri Vidic won in the end in just under three hours with another thirty pilots within six minutes so we all got maximum points with another forty finishing within another hour. 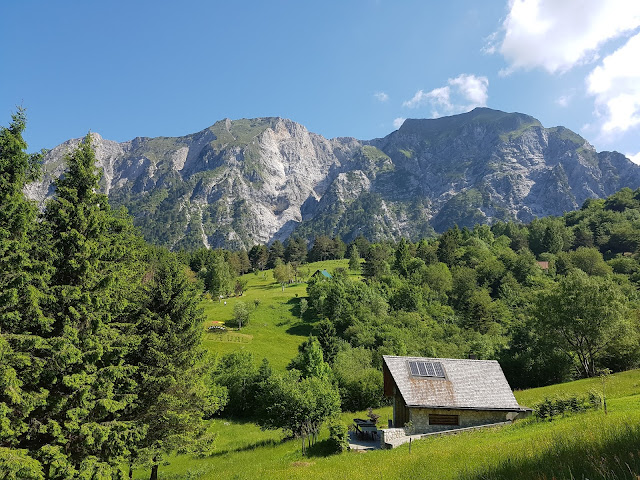 Really enjoy the blog, keep it up.

If you are getting bored in the rain and want to geek out on awesome guitar gear, checkout this series of vids... really enjoyable, great guitarists too.