We were taken up to the north launch with light NW winds predicted most of the day picking up in the afternoon.  Optimism was high and the launch area was relaxed and cheerful after the harsh Chaves dust bowl experience.  Sadly the conditions did not extend the mood as expected.

My morning prediction turned out to be right with a stiff 40km/h breeze moving in after a 95km cross/down wind zigzag course was set.  It is not often that a world cup field elects to ignore the start time, but only a brave dozen or so left on time with four more groups leaving at roughly 10 minute intervals.  The reason was simple: not enough altitude to clear the plateau comfortably.  I left in the third group after gaining sufficient altitude to dive onto the rocks midway across the plateau where, in a rare display of relay style teamwork, my gaggle worked hard to stay up and work its way to the rim of the Chaves valley shedding about a third of the group in the process.


The wind had come up by then and clearly there was some convergence setting up because from scratching in wretched 1 m/s lift over the plateau we were soon above 2,000m ASL in robust climbs of up to 4m/s.  Needless to say many level three calls were made (many from the ground of course) and the moment the task was cancelled the entire valley erupted into 8m/s lift.  It took all of an hour to land in the strong and blustery conditions.  Only one injury as far as we know (broken ankle) so we can be grateful.  A handful of pilots flew on to goal presumably not knowing the day was cancelled.

It was probably the right call to stop proceedings, but frustrating that most pilots were out of danger by the time the call was actually made.  In fact I was much happier at 2,500m than fighting to get down in response to the instruction from the meet director. 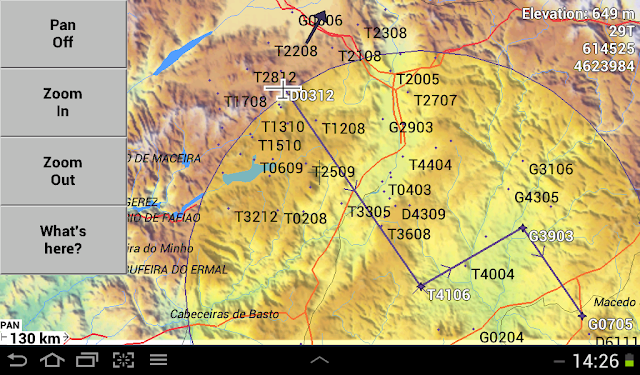