World Cup - Portugal - Montalegre
The paragliding world cup in Montalegre has seen the arrival of a very strong field after a dismal season of comp flying in Europe.  Not many world cup tasks have been flown so all eyes on Portugal as the forecast gives us some hope for the next four days at least.

We spent a night in Oporto catching up with an old friend who took us to a fantastic restaurant on the river.  It's amazing how much better a dining experience is in an unfamiliar country when you have a local host. 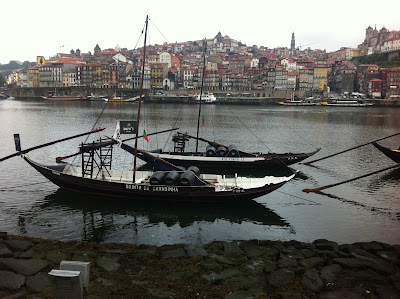 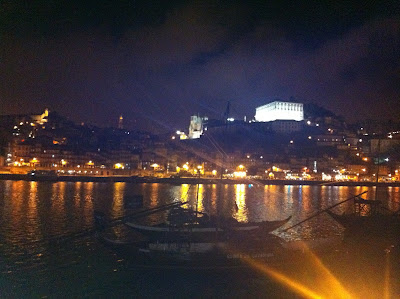 A ridiculously fast taxi ride with an ageing Schumacher driving at speeds of over 200km/h got us to Montalegre fairly quickly if not a more than little queasy with the serpentine roads once we got off of the 'autobahn'.

The opening ceremony was particularly festive as the pilots were led through the streets of Montalegre in rhythmic style preceded by a motley crew of seriously enthusiastic drummers and pipers.  Friday thirteen saw ten thousand people dressed up in witch garb partying at the castle in front of a massive rock-star stage dominated by speaker stacks and mega-watt lights and sound.  The festival organisers were good enough to leave the stage intact for our opening bash which saw more drumming and a sort of retro-gypsy bag-pipe ensemble wailing with dreads in the frosty night air.  The main act of musicians were a kind of revolutionary folk act (think Che meets McCartney) with a nurse on flute and lead singer on a mega-phone sporting a slick black moustache with more drummers and a bassist.  We still haven't figured out how a flute playing nurse fits into a revolutionary folk theme, but judging by the response of the locals, they were thoroughly entertaining.

It has been almost ten years since I was in Montalegre for the FAI world champs.  It seems much the same or perhaps a little bigger than what I remember.  We are staying in the Hotel Montalegre which has wifi, steam room, sauna and indoor pool.

Day 1 - Task 1
The first day took us to the North take-off with a stiff breeze which made for a quick 90km down wind dash that took the fastest pilot just on two hours.
Russel got in fast and I got stuck before the last 20km having done a fabulous job of leading out with a handful of hapless comrades.  I was grateful to get into goal in the end with my companions less fortunate, but I was seriously late saved only by a straggler who bunched the points in my favour providing hope. 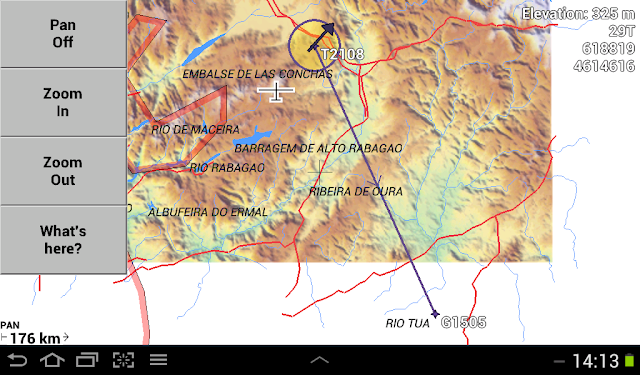 Day 2 - Task 2
The second day was easterly with a 55km slalom task which wreaked havoc with almost half the field landing before the halfway mark.  Twelve veritable masters made it in with Luc Armant at the helm.  This elite group included Russel with yours truly managing a top twenty some 5km short.  There has probably been a fair amount of muted grumbling among the 'unlucky' pilots, but if more than ten make goal everyone knows to keep quite because it was clearly doable if you know how to fly a paraglider. 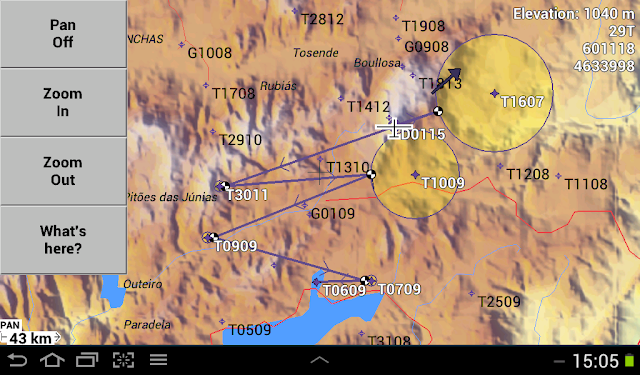 General
I hope to write a little every day, so let me know if there is anything in particular you want to know about.  I have upgraded my equipment, as you may have deduced from the task images, opting to go the Samsung Galaxy Tab 2 7" Android route with XCSoar 6.3.8 including 90m terrain resolution backed by a miniGorilla power pack and DIY fashioned 'hood' to fend off glare.  I have to say I am seriously impressed with my $250 acquisition which pretty much does everything you could expect and more for flying.  The clincher for me is the fact that I can read my kindle books, play angry birds and watch or take HD video if things get tedious en route (inevitable on EN D equipment). 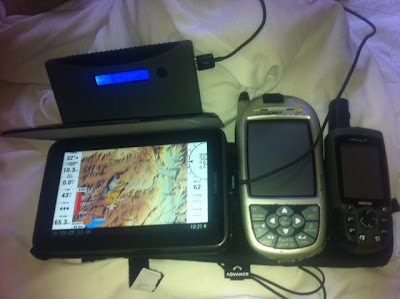