The last day had a low base and southerly wind after a day of wind and rain.  This implied a run to the south after a little bit of back and forward in front of launch before a over the plateau to goal.  As before there was a load of scratching over and around gullies, houses, and power lines: just much lower than before.  We visited the bridge around Trois Basin a few times battling into wind before scratching downwind over the plateau behind st Gilles. 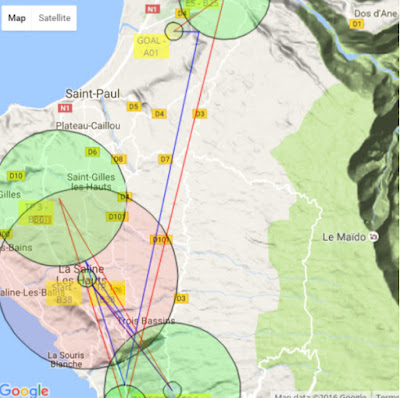 The goal was in the sugar cane fields north east of st Paul close to the Dos D'Agne gorge that is used for the Le Maïdo volcano flight.

It was a bit of a crowd pleaser compared to the previous three tasks so the comp ended with a fair number of pilots in fine humour after more than fifty made goal.

Prize-giving was festival where the locals pulled out all the stops providing heaps of food and entertainment.

I don't recall when last I had this much fun at a comp.  The local people are friendly and kind in a way that you simply don't see many places.  In particular a shout out to Sébastien Coupy and Mathias Ioualalen who were the most gracious dinner hosts imaginable. 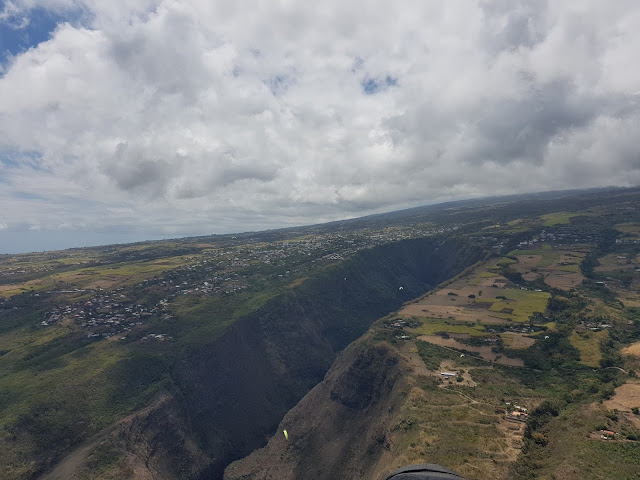 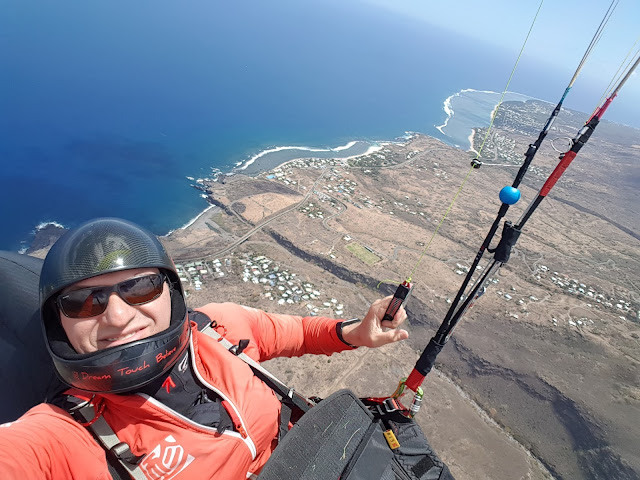