Three of Africa's finest are in India to compete in the National Paragliding Championship 2012 from 25th October to 1st November at Bir-Billing.

They are Andrew Smith, Nevil Hullet and Theuns Koekemoer.

Comms are a little dodgy, so I have volunteered to publish whatever info I can get out of them during their stay.

For those of you who are unfamiliar with the team, let me introduce you:

Andrew Smith of world cup fame - a long-distance paragliding pioneer in the late 80's and probably the first person to fly over 200km on a paraglider.  Andrew is: a former #1 on the world ranking; a multiple SA national champion; a recipient of the prestigious Doug Sobey award in South Africa;a  British Open Champion (Piedrahitha); and the only pilot ever to win an open class world cup event on a serial wing.  Andrew participated in every FAI world championship event from inception to 2003 where he 'retired' from FAI Cat 1 events.  He has maintained his form since then never dropping out of the top five of the SA ranking.

Nevil Hulett the 'dragon slayer' - If for some reason you didn't know (on account of living under a rock somewhere remote or something), Nevil is the only man to fly more than 500km on a paraglider.  Less well known is Nevil's competition career which includes a number of local victories, but also several international cat 2  wins including a British Open Championship victory in Piedrahitha and a glorious task win in the Granada world championships (2001).  Nevil has completed countless flights of more than 200km in Kuruman and surrounds over the last ten years.  Nevil has represented SA at the FAI world champs on six occasions and has also remained in the SA top five for a decade or more.

Theuns Koekemoer - National team hopeful and explorer extraordinaire.  Theuns is a national team hopeful consistently ranked in the top ten SA pilots over the last few years.  Theuns gained notoriety after flying over parts of sub-Saharan Africa unsupported on a micro-light.  He has toured through more parts of Africa and Russia by motor bike and regularly takes his jetski over the horizon in the Indian ocean off of the Mozambican coast (solo!) in order to indulge in some big game fishing.

So far we have this report from Andrew after what sounds like a harrowing travel plan: 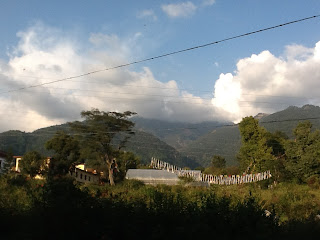 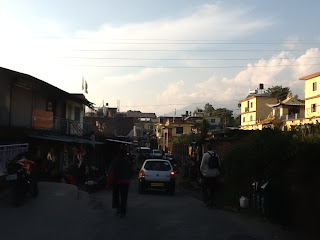 
"A quick update on action this side


SAA decides that THEY want us to have yellow-fever certificates for India, despite India not saying this! 2 hour queue at the clinic. Theuns needs to find a mate to get us jabbed in time.


No lounges or couches! Lie down on floor. The Indians do it in Dubai, so the Sud Afris can do it in Mumbai.


Vijay meets us in Dehli.


Thanks goodness. We'd still be in the parking lot arguing with the taxi driver We tie our gliders onto and squeeze into a small taxi.


It's 14 hours. Like driving to CT through a continuous Alexandra.


BUT add in the suicidal cement truck drivers and the winding roads and the darkness and the potholes and you have a recipe for heavy drinking.


We finally arrive in Bir at about 2 am. Toast.


Find a guest house and the sky opens. Power goes out. No hot water. No towels. No toilet paper. And so on.


But all good today. Fresh snow just above the 2400 launch. Many many pilots. Russians, french and a few Brits. Indian army pilots too.


Great day. Lowish base at 3100 m. Plenty raptors, Lammergeiers and Himalayan Griffons thermalling with us. Cold.


Big ridges and uncrossable gorges. We do an out and return. Tres nice.


Return to the tiny village of Bir. Beautiful setting in the rice paddies. Buddhist temples. Many Nepalese émigrés. Colourful like you can't believe. Fantastic cultural diversity.


Will send pictures In due course.


Can't fly early tomorrow cos a politician has taken all the airspace for a campaign visit!"
Posted by AndreR at 07:47:00