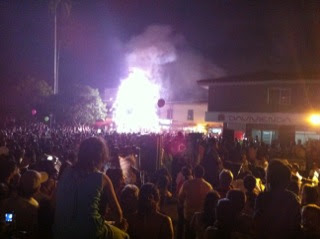 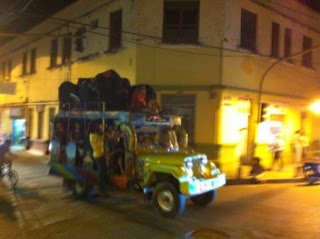 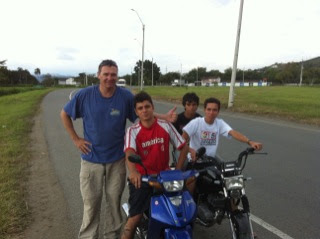 We start really early, so not much opportunity to update the blog.  Sincere apologies to our thousands of blog disciples!  At least I have good news!  RusselA is hot, hot, hot and on fire staring at a top 10-15 place going into the last day.  Russel followed up on his solid start with a top ten finish on a six hour 120km marathon on day two with Pepe getting the furthest just 800m short.  Day three was a short affair of 55km which saw almost the entire field in goal in two and a half hours.  A couple of stragglers bunched the points severely giving the top hundred pilots at least 700 points.  Task four started fast and furious but was blocked by shadow and rain at the 90km point where the bulk of the field were condensed by the time they stopped the task.

Task five was set with two huge turn point cylinders at opposite ends of an out and return course giving pilots greater opportunity to choose a route.  Both Russel and Andre finished in the top ten.

One day to go with Russel in the top fifteen and Andre clawing his way back into the top 50 (hopefully).

Last night was a festival involving St Sebastian in the catholic tradition.  We were entertained by two hours of fireworks and a brass band playing some funky Colombian carnival style music.

well done on your fourth placing in the task. I'm one of those sad blog disciples who have been deprived of a good read for a few days, shame on you!