Some explaining is required for the civilians out there:  a para-glider typically flies at between 40-60 km/h with a glide ratio of between 6 and 10.  To fly 100 km is a big deal when you're learning and this is generally achieved in your first three years.  One hundred kilometers out and return is worth 200 km downwind (epic by any measure) and and a 100 km triangle is worth about 250 km by most accounts (more than a personal best for many).  Such is the quality of the flying in st Andre that more than eighty pilots completed a 115 km triangle in just over three and a half hours with the hot-to-trot Bulgarian ace, Yassen Savov, handing out flying lessons on a scintillating day that encapsulated everything one would hope for in a sporting contest. 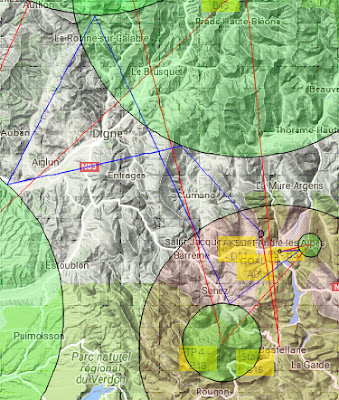 Absolutely bloody marvelous just about covers it in the absence of more convenient vulgar expletives.

That the first fifty pilots were separated by fifteen minutes is no longer surprising such is the quality of the field.  Did we have fun? HELL YES!!!  What with cloud-base close to three thousand meters and climbs in excess of 5m/s over terrain to write home about, I don't think we need much more than this.

Seldom have I seen fortunes change as often as today.  The start was glorious but quickly deteriorated into a bit of a dog-show for those who were sloppy about managing altitude to begin with.  It was almost comical to observe dozens of competitors being spanked in the lee of the western bowl simply because we were not paying attention to the local met.  I was one of those dumb-ass pilots, but managed to fix it after forty or so kilometers.  The rest of the day involved picking a line and applying as much speed as possible with some interesting terrain oriented interludes to spice things up every now and then.

All in all a more mellow day with moderate demands on the nervous system with two minor events in my case: 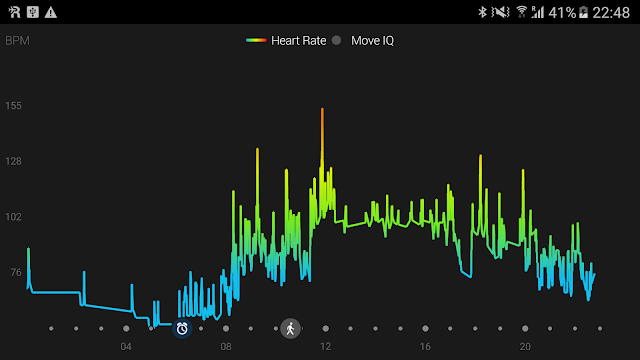 We expect to fly another three days... wish you were here.

Always lekker to read your posts Andre!
Good job at both St Andre, and Reunion, I wish I'd have joined the SA gang.

Talking of triangles, do you have any idea of what manne FAI type triangles have been achieved in the past at Porterville?
I've been giving them a whirl for a few seasons now, but can't find much history on Leonardo or similar.

Hey LP, I sent a detailed mail to eugene as I didn't have your email address. That has all my pville turnpoints and the triangles and out&return flights I planned for Pville. I have completed two so far.. 50km tri and 100 O&R. The file I sent eugene contains all the tasks you might want to try. They are set to FAI spec.