Confessions
Forgive me friends for I have sinned,  it has been several months since my last blog post.

If that sounds like a confession it is not.  I am no Catholic but I think we have many wonderful artifacts to thank Catholicism for around the world.  Italy is particularly well endowed as beneficiary of Catholic excess as we discovered in Venice which was our first port of call en-route to Gemona del Friuli. 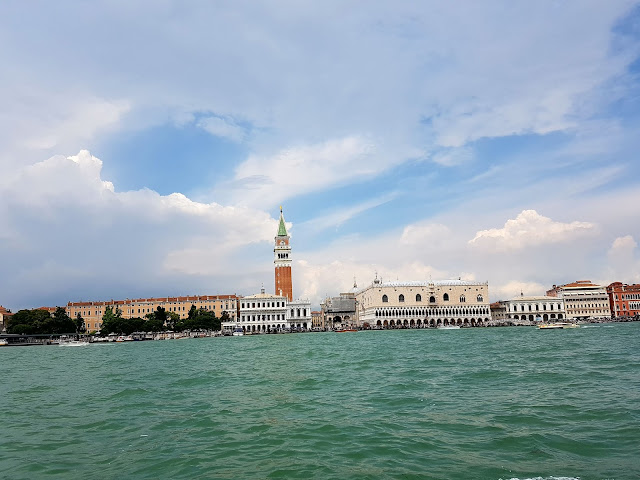 Venice has a total of one hundred and thirty nine churches packed into the confines of its water boundaries. While Jamaica has more churches per square kilometer than anywhere else on earth (mostly Protestant), you would be hard-pressed to beat Venice for splendour and setting.  We walked the equivalent of fifteen kilometers taking in as much as possible through the day with regular stops for meals, grappa, and espresso. 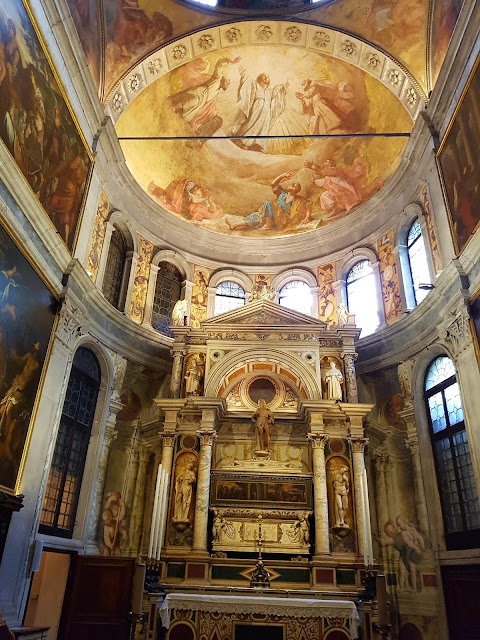 One particularly interesting facet of Venetian history and culture has to do with the amazing masks on display everywhere in the quaint tourist shops which line the narrow walkways and alleys.  There are no reliable sources confirming the when and why of mask culture, but it was significant enough for the Great Council of Venice to officially ban the wearing of masks when gambling in the early 13th century.  It is thought that the residents of Venice walked around disguised by their masks for much of the year until another law was passed restricting the wearing of masks to three months of the year by the 18th century .

The Great Council also banned the throwing of scented eggs along with the wearing of Vulgar disguises and visiting convents while masked.  I can't help wondering if Black Adder had something to do with bizarre laws such as these.  Whatever the case the masks are beautiful, sinister, and mysterious all at once lending mystique to an already richly interesting place. 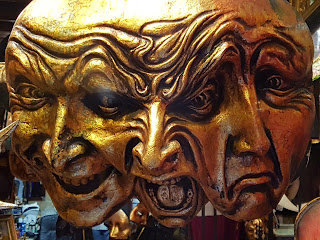 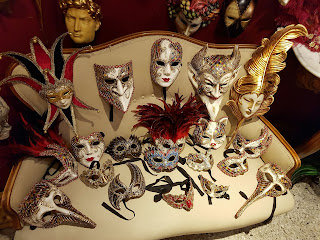 Taking the bull by the horns
There are many well documented historical facts and figures about Venice that you can find online.  Less well known is the probable or alternate origin of the idiom to Take the Bull by the Horns.  While many may believe this is a US invention I prefer the Venetian version which stems from a traditional activity or game which normally took place in the Campo san Polo.  It was called la caccia al toro (the bull hunt) where old and weak bulls and oxen were bound by the horns and torn to pieces by dogs after being kicked and mistreated.  The village butcher would then slaughter the hapless animals.

Astrology has me pegged as Taurean.  My sympathy gene kicked-in when I learned about the nasty Venetian bull-butchering pastime as I have just celebrated a birthday which some may use to categorise me as an old bull.

It is interesting how much respect the good old bull gets in most cultures.  Take, for example, elephants.  They are great beasts of legend often described as 'majestic' or 'magnificent'.  Why is it that the word 'bull' is added to elevate a mere elephant to gargantuan proportions?  A bull elephant is no ordinary little pink foot, but a colossus!  A towering and fierce force of nature not to be trifled with.

Another example is a bull-shark.  Ferocious and widely feared.

How about bull-frog?  makes a regular frog seem pathetic and any princess trying kiss a bull frog will likely lose her nose.

or a bull-dog...OK, so that one doesn't work, it just means fugly dog.

The point about the bull story is that, for flat-landers like me, the only way you can get your head around flying big mountains is by taking the proverbial bull by the horns and slaughtering it after taking a very deep breath.... more about the flying later :)

Here is a little bit of abstract art for you to puzzle over in the mean time. 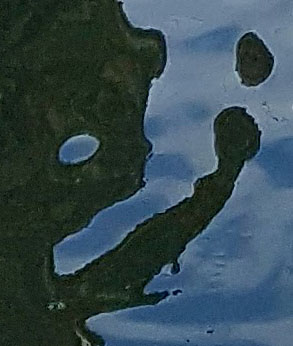