It has been a while since I flew the annual Barberton competition hosted by the LSSC.  This is our winter competition site.  I have written about it in the past so I have pasted an extract describing the place at the end of this piece, or you can go here to read about its' fascinating history.

It is remarkable how well it works in Barberton considering the short days, soupy inversions, and dubious wind directions that dominate daily.  We managed a ninety minute training flight the day before the competition in the 8/8 gloom of blanket cloud cover.

The first two comp days were cancelled due to wind, but we managed to fly anyway.  There were many novices present which is great for the sport.  The only problem is that you lose more days if the task committee is sensitive to their needs as was the case in Barberton.  This begs the question of how to deal with conditions that are good for some but dangerous for others.  One suggestion was to have an arrangement with the pilots where you tell novices to stand down if conditions are marginal for them and proceed with the task.  This was the case when I started competing and tasks were set for the open class without consideration for novices and intermediates.  I recall being told to stand down at least twice in my first two comps in windy places.  That is not to say we should do the same.  The current ethos in our local task setting is to give the novices every chance of success in the first half and to challenge the serious contenders in the second half of the race.  This is a wonderful approach which ensures maximum pilot enjoyment.

In all, five tasks were completed.  The first task scored all of a single solitary point as four of us managed to grab the only thermal that slouched through take-off on of the day.

I was feeling particularly strong for the first proper task and managed to convert a risky move up a blind valley into a fifteen minute lead on a difficult day (we have re-named this valley "3 in 1").  This gamble paid off as a comfortable platform for the rest of the comp where I felt I could cruise without much stress.

The wheels almost came off on the last day.  Thankfully, FTV just about ensured the win before the task started.  You see I finally got my tiny brain around exactly how FTV works, so I did the math and saw that as long as I finished within 80% of my closest rival I would win.  I generally do not like doing that level of analysis as I think it affects your flying negatively, but I was curious and wondered who was in contention.

As it turns out, the podium hopefuls flew around the course amicably together leaving Anton to scream off ahead and win by a healthy margin negating the last task for Russell and myself.  Did I mention how much I love my Boom 10?

Looking at the effect of FTV on the competition it is apparent that only Russell benefited from the formula vs the raw scores securing second place as opposed to fourth.  The rest remain more or less the same. 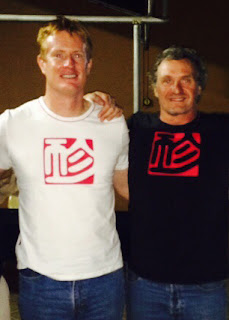 Having said all that it did not feel so much as a competition but rather a free-flying holiday with a bunch of friends.  It is hard to imagine six meter per second climbs and cloud base approaching three thousand metres in the very middle of winter, but that's exactly how it was! 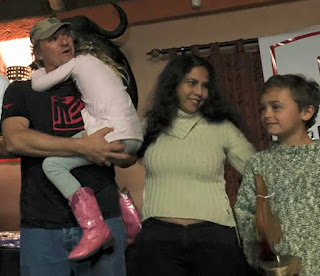 Everyone knows about Porterville which is our local world class summer flying site near Cape Town.  Very few international pilots know about our winter flying site, Barberton, situated near the Swaziland border in Mpumahlanga or the 'low veld'.  It is as popular with the local pilots and possibly even has a longer tradition of attendance.  It is certainly the family friendly comp and many SA pilots' first comp site given the gentle and safe flying conditions.  Barberton is a small tourist town nestled in a bowl of ancient hills:

Wikipedia:   The mountains around Barberton are the oldest in the world dating back 3.5 Billion years, and these mountains include some of the oldest exposed rocks on the planet (only rocks from the Isua greenstone belt in Western Greenland are older). These volcanic rocks, which scientists call the Barberton Greenstone Belt, have given up direct evidence of conditions of life on the surface of the very early earth.

The first form of life on earth, a bacterial micro fossil Archaeospheroides barbertonis was discovered here and has been identified as being 3.2 billion years old.

It is no small thing to experience flying over this area.  The tasks may be modest by most standards, but what they lack in grandeur they more than compensate for in technical subtlety and picturesque appeal.

In e.g. the Rat Race we've had a separate "Sprint" division for a few years that, at least in theory, allows tasks more tailored to the skill level and gliders of newer pilots. It also allows not having a task at all for Sprint if conditions are on the edge, though I don't know if this has actually been used.